Cengage is the successor company to the old Thomson Learning (Thomson education business), which was sold to APAX (a London-based private equity company) and Omers (an Ontario pension fund) in 2007. The company is largely focused on the higher education market. Its learning segment accounts for almost 65% of revenues, and Gale, the primary sources business which sells mostly to colleges and universities, accounts for another 16% (Exhibit 13).

Cengage is a pioneer in inclusive access and Cengage Unlimited, its full catalog subscription, was the first full offering of this kind. Cengage was also the first major publisher to offer a product branded as open educational resources (OER), although the content is still purchased by students enrolled in a course. In recent years, Cengage has been the most visible of the major companies in slashing their prices and reframing their products as a solution to the high cost of textbooks (although they continue to offer traditional products as well). Anecdotal evidence has revealed aggressive marketing tactics for Cengage Unlimited, including contacting student governments to request help lobbying the administration to purchase the full catalog subscription. 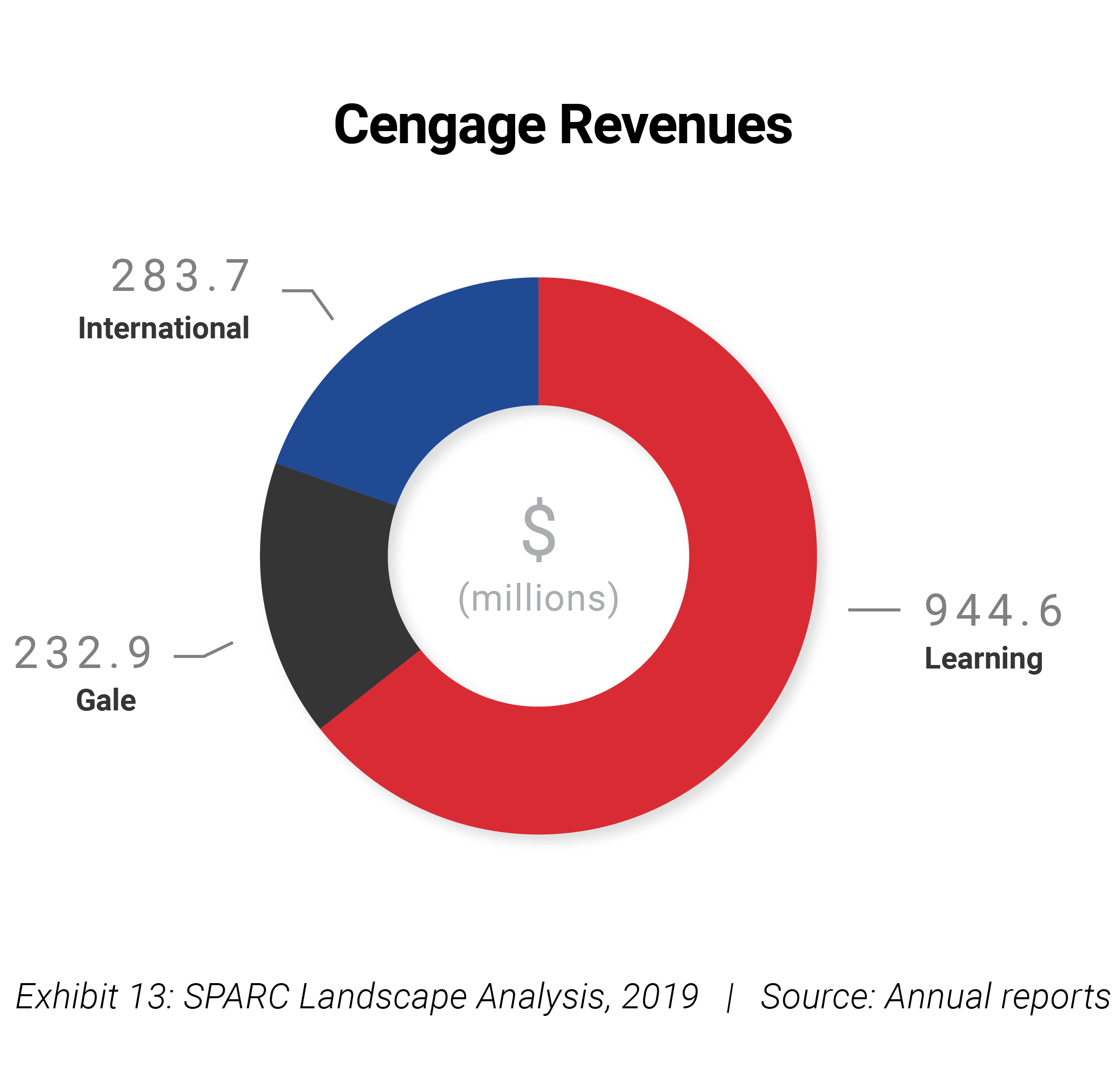 Cengage struggled significantly in the years after the Apax/Omers acquisition. It tried to improve its performance by raising prices aggressively, but it could not avoid a reorganization and an organized bankruptcy in 2013, with the goal of shrinking the $5.8 billion of net debt it had at the time. The original acquisition cost Apax $7.75 billion, to which must be added the $750 million to acquire the college textbook business of Houghton Mifflin in 2008 and the textbook business of National Geographic in 2011 for an undisclosed amount. In the end, the debt burden proved too onerous, and the restructuring allowed the company to bring it back to acceptable levels. As of the 31st March 2018, the company had a net debt of $1,932.3 million. Since the adjusted EBITDA was $298.5 million, the net debt/equity ratio is a high, but still manageable at 6.5x.

The long-term exit plan for the owners of Cengage is not clear. An IPO would be subject to the same investor sentiment which has prevented McGraw-Hill Education to complete its own IPO. An industry sale could run into anti-trust concerns, since the three largest publishers hold a substantial share of the market and any consolidation among them would raise concerns.